My sister is waging a campaign to call the new puppy "larry" and it HAS to stop. So, I need a kickass name NOW. It may or may not be too late. This one time she started telling people I left egg nog under my bed until it became cheese and she said it so often that she convinced herself it was true, like I wouldn't have just drank the egg nog...it's preposterous. Which is sort of her modus operandi. If it's not amusing to her and her alone, it just isn't worth doing. Anyway, wow I need a name for this pup who isn't even here yet before she gets branded like the cable guy.

In the meantime, pictures of all the painting projects I've been working on. I should have taken a picture of my massive painting induced biceps but ooops, I forgot. Anyway, they start in the bathroom with the teal and the living room is called torchlight...a very golden yellow but you can't really tell from the light in the room when I took these pictures. I need a color for the hallway in between which sounds like an impossible mission. I'm going to go stand in the paint department and wait until inspiration hits me unless you guys have any better ideas. I didn't want grey but that might be the only choice...le sigh. 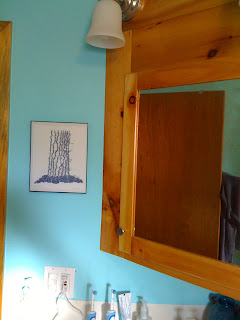 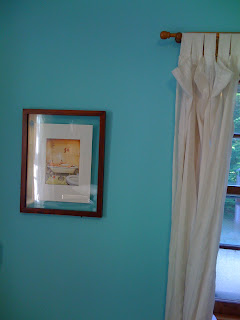 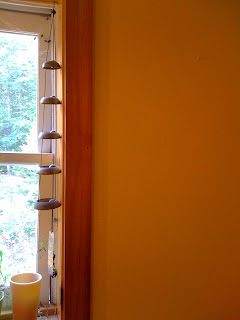 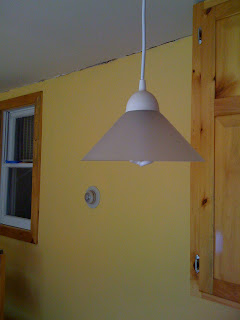 although I prefer to call it Tiffany's Blue! hihihi...

luvin the orange! I made the mistake of painting my trim blue... i know i know...what was i thinking?!

and I love the yellow! Seriously...it's the perfect shade!

the orange and the yellow are the same color! just different walls with different light. it's really neat, it's like a mood rign for the walls.

I heart dorky names, what my sister has forgotten is that the dog is a girl! Larry, geez...