"You ran me over with a goddamn Buick."

Thanksgiving is over, the big trip is done and it wasn't so bad and now the long road to christmas. I have three quilts started and soon I have to start baking and I have this turkey to cook for no occasion at all. I had wanted not to do any christmas things until after my birthday but the sewing takes time and I don't want to leave it last minute. I have some projects I haven't even decided on yet so I really have to get my head screwed on. I have some patterns for cute clothes but I can't make a decision and if I don't choose soon the children will be unwrapping bits of fabric and sewing needles.

It's been a hundred years since I did any blogging and even now I've spent hours staring at the screen. My creativity is stunted lately. It was nice to have a few days off but it was so hard to go back to work today. I hate how lazy I'm getting, it's genuinely sad. My head needs screwing on in all directions.
Posted by Amy at 4:45 PM 1 comment: 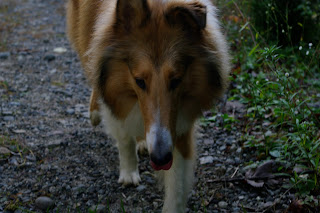 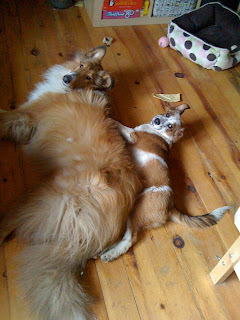 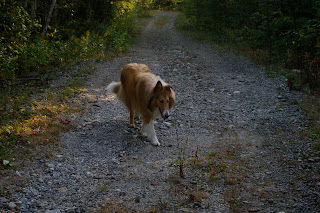 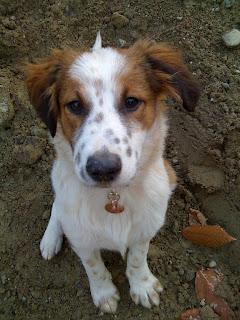 "I'd like to say I haven't run over anyone since."

This morning I got my new glasses and now I can stand to look at the computer long enough to blog. I thought it was just annoying that the dog ate my glasses but it turns out it's also painful. I missed an opportunity to pick up new glasses at the beginning of the week and I've been paying for it because every afternoon my brain falls out of my head. I had no choice but to get them today because we're taking a trip and I can't bear to go on vacation blind. It's nice to see again but it seems I have a ton to do to get ready for this trip. This afternoon I'm packing up everything I own to take the dogs to pennsylvania. Every toy, every bone...it's all coming just in case the doggies look bored. I'm leaving no room for destruction of personal property that isn't my own. With my fingers crossed.
Posted by Amy at 9:00 PM 1 comment:

"I have a real strong urge to take you home and hose you down." 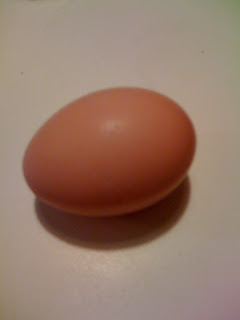 We got our first egg and almost lost our first chicken in the same day. The excitement about the egg is pretty much diminished by the fact that the dogs chased a chicken almost onto the highway and I was pretty sure she was dead. Turns out while I was frog marching the dogs back to the house the chicken got back to her old self and hid under some brush. She seems to be ok but it could have been bad for all of them if they wandered into the road.

It's been such a long week. It feels like a self fulfilling prophecy kind of thing, I was seeing everything in a bad light so one insane thing after another kept happening. I'm working hard on turning my thoughts around but it's very one day at a time. I'm stressed about thanksgiving which is practically a requirement for a traditional holiday experience. I have some sewing to do which is cathartic and a to do list a mile long which gives me a certain amount of pleasure to cross things off of.

In the meantime Hilary gave me a lovely blog award and part of the deal is I have to pass it on to 15 other newly discovered lovely blogs. FIFTEEN! That's a lot of love. It seems like the less I work the less I spend looking for great new blogs. I'm an internet hermit, it's pretty sad actually. So, instead of passing on the award I'm passing the buck big time and asking for recommendations of awesome new blogs to check out. For which there will be linkage and blog love and personal growth which is important for all of us.

Anyway, thanks Hilary. When I have a big beautiful list of new blogs I'll spread the award love to all!
Posted by Amy at 5:18 PM 2 comments:

This morning has seriously sucked. Last night Knox wouldn't give up barking at the cat. We all got really crazy and angry and there was shouting because we are bastards. Knox had to go to the potty and we just wanted to sleep and I feel really bad about it. And in the midst of all that barking and shouting Jolie was chewing on something hard plastic...only she doesn't have any hard plastic toys. And I thought "gee, where did I put my glasses after our last potty run" and lo and behold Jolie was chewing on my glasses. My new glasses as of June, I think, are now completely ruined. It's only hundreds of dollars, NO BIG DEAL.

And then something happened with the furnace and Matt was swearing. And then he was swearing about his toast not being in the fridge, and then I went back to sleep full of fury. We just went for a walk, our usual morning run, only Knox went off to bark at a dead porcupine and got three quills in his nose. That's when my brain exploded. I lost my shit and no wonder the dogs didn't want to come to the screaming crazy woman. So I chased the scared, injured dogs all over the woods because I am a calm, assertive pack leader. And an asshole.

So, I'm full of guilt and anger and I'm tired and we're going to the park! To take a walk! Because it's SO beautiful out. If they were children I'd be buying them ponies.
Posted by Amy at 4:05 AM 1 comment:

I downloaded a ton of coupons from stonyfield farm and subsequently I bought a whole lot of yogurt. So yogurt is my main snack right now. Yogurt all the time! In the future I won't download every coupon I could possibly use so I don't end up buying an entire cart full of yogurt at once. Not that it's bad to eat yogurt all the time, I feel very morally superior with my fat free yogurt snacks.

When I was visiting my sister I picked up a really great tip about portioning, not that she meant to. Most of her dishes are plastic and disney themed so she served us cereal in her teacups. She apologized for it but I think it was brilliant. Cereal is one of the things that I definitely have visual problems with so using a tea cup for cereal is pretty much the best idea ever. She says they use them for ice cream too on occasion and that's a great idea too. The need to fill a bowl is so strong and it's so much easier to fill a tea cup. It might be the easiest most obvious thing ever but I think it's the kind of simple genius that makes healthy habits easy to follow. And also now I feel like I'm allowed to buy all the beautiful tea cups I want! 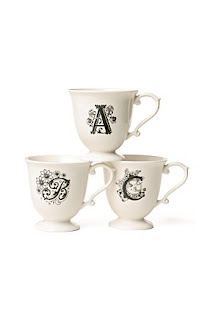 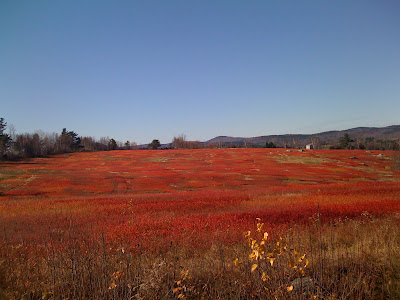 "it's the guilt that puts the weight on"

Back from Halloween in New Hampshire with the kids. The dogs were so tired after all the cuddling and playing they could hardly walk when we got home. Dogs and kids had such a good time, we all did and it didn't occur to me until it was actually halloween day that I didn't buy any halloween candy save the bag of candy corn I dropped in the dish water. I think that might be a first for me, all the years past I have bought candy for kids that will never come and usually it's gone before the 31st anyway. I didn't even think about it this year. I've been fighting that "I have to have some!!!" feeling that comes up around foods like that. I keep telling myself I can get what I want whenever, I don't have to have anything now let alone a whole bag of it and that always works. If I have to have a snickers some day I'm just going to buy one, it's the "I shouldn't" and the "I'm not allowed to" that always get me in trouble...reminding myself it's not now or never is a great tool for me.

In that department I'm back to running tomorrow. I think my legs enjoyed the break but it'll be good to stretch them again. It's not that I can't run at my sisters house but it's more trouble with leashes and cars and I never get a good night's sleep there. I don't know how she functions with all the chaos. Actually, we discussed napping because naps are a priority for her and I've never been a good napper. We don't speak the same language when it comes to napping but then I get 8-9 hours of solid sleep a night and she doesn't so obviously she needs a nap all the time, and a tranquilizer. I really appreciate my bed and my house and my life after stepping into someone else's for awhile. Through all the sleeplessness I learned that jojo is a very good guard dog. She woofed relentlessly at my sister's husband who came in late afterwork and didn't meet the dogs properly. I tried to tell her he wasn't a burglar but she would have none of it, not yet twenty pounds of piss and vinegar.

Back to reality tomorrow and maybe I'll even weigh myself just for kicks. In the meantime, a very cute song my sister got stuck in my head...