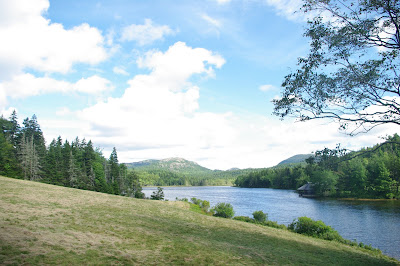 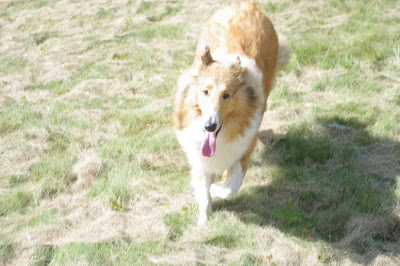 We had a really beautiful day on the island. He really enjoyed being off leash but we didn't meet any dogs to play with at the park, which was too bad. We did meet dogs in town, which is always fun but today it was also weird. Knox was happily sniffing the butt of a golden doodle when his owners started chatting with another couple and described their dog as a "nazi dog". I was not the only one who was confused. The owners tried to explain themselves but it was still a little weird. Or a lot weird. Apparently they were trying to describe the intensive breeding involved in creating their dog (who didn't even sit on command, not that that matters). Can you call a dog a purebred if it's a mix of breeds? Does a purebred golden retriever mixed with a purebred poodle equal a purebred golden doodle? I'm just curious. Anyway, it was very strange that anyone would choose to connect their fluffy cuddly half poodle with the nazis so we slinked quietly away. Knox did sort of miss sniffing his butt though.
Posted by Amy at 2:27 PM